Whatever happened to Canada’s review of non-tax fossil fuel subsidies? A letter to the environment minister

Whatever happened to Canada’s review of non-tax fossil fuel subsidies? A letter to the environment minister 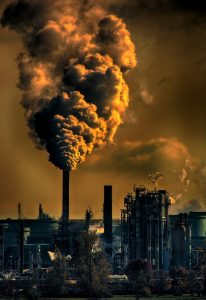 Canada has pledged to end inefficient fossil fuel subsidies by 2025. In 2017, after the Auditor General found that the government had yet to identify which support measures would qualify as inefficient subsidies, Environment and Climate Change Canada launched a review of federal non-tax measures that benefit fossil fuel companies.

Support provided to fossil fuel companies by Export Development Canada (EDC) was included in the review, which was slated to be complete by the spring of 2018. EDC provides roughly $10 billion in support to the oil and gas sector every year. This outweighs by far the other forms of federal support routinely included in estimates of Canada’s fossil fuel subsidies, which add up to roughly $1.6 billion a year according to a 2015 report from the International Institute for Sustainable Development.

In this letter we ask Canada’s environment minister to clarify whether the review is still ongoing, when it will be complete, and whether the full results — including its determination of whether EDC support is an inefficient fossil fuel subsidy — will be made public.

Last year Above Ground encouraged Environment and Climate Change Canada (ECCC) to include in its review of Canada’s non-tax fossil fuel subsidies all forms of support provided to oil and gas companies by Export Development Canada (EDC). We were pleased to learn from the then minister of trade that EDC has been included in the review. While the expected completion date for the review was spring 2018, we understand that it is ongoing.

When will ECCC complete its review of federal non-tax fossil fuel subsidies? Will the full results of the review, including all results related to EDC, be made public?

Minister McKenna, we look forward to your reply.

We received a response from Minister McKenna that “Canada is working to identify and review non-tax measures that support fossil fuel production and use.” Unfortunately Minister McKenna does not respond to the questions posed in our November 2018 letter regarding the completion date for the review and the publication of results.