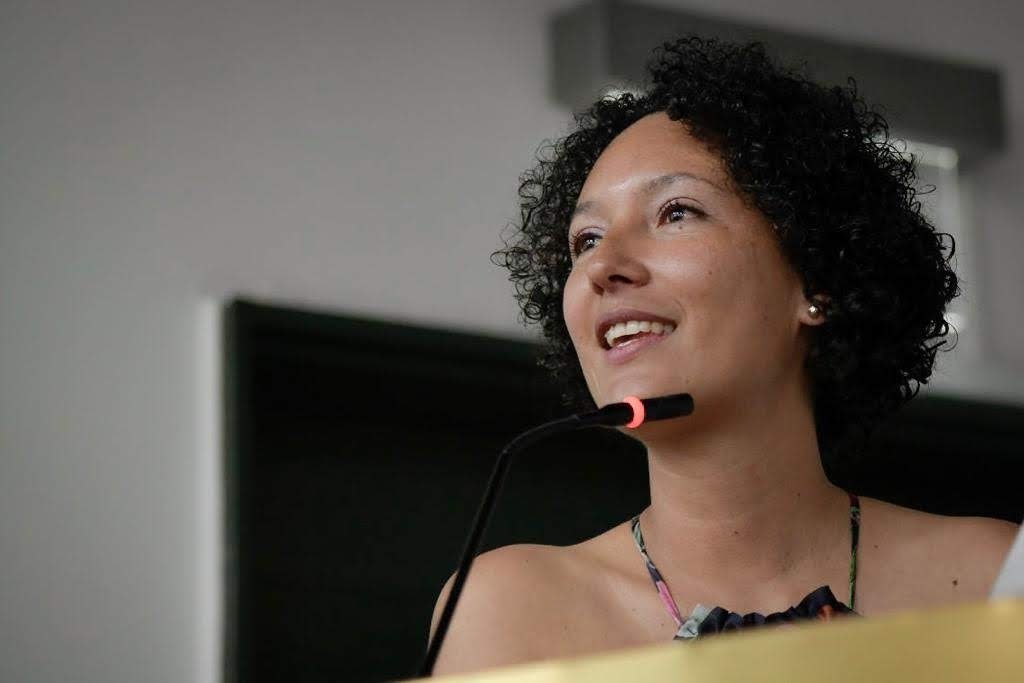 Isabel Zuleta, a spokesperson for communities affected by Hidroituango

Last November, Above Ground, Amnesty International Canada and the Public Service Alliance of Canada accompanied Isabel Zuleta, a spokesperson for communities devastated by the Hidroituango dam, as she met with officials at Export Development Canada (EDC) and Global Affairs Canada to denounce EDC’s financing of the project. Ms. Zuleta challenged Canadian officials to explain what they were doing to address the project’s many harms, including the grave security threats to community leaders who have spoken out against the project. At least six members of the Movimiento Ríos Vivos coalition Ms. Zuleta represents have been murdered in recent years.

At the time, Ms. Zuleta told officials at Canada’s export bank that “Without foreign money, Hidroituango would not have been possible. (…) The responsibility for our lives and protection therefore rests with its investors as well.” In a June letter sent to international trade minister Mary Ng, Above Ground and Amnesty International Canada called for EDC to advocate publicly for the rights and safety of those adversely affected by the Hidroituango dam.

Now, in the wake of news that the Colombian government will downgrade the protection measures afforded to Ms. Zuleta, we join with other Canadian organizations in calling on Colombian authorities to reverse course and ensure the safety of Ms. Zuleta and all members of Movimiento Ríos Vivos.

To the Director of the National Protection Unit
Alfonso Campos Martínez
director@unp.gov.co

To the Director of Human Rights of the Ministry of the Interior
Ricardo Arias Macías
ricardo.arias@mininterior.gov.co

Subject: Request that the protection measures regarding ISABEL CRISTINA ZULETA, human rights defender and spokesperson for the Ríos Vivos Movement, NOT be reduced

We learned with great concern that Resolution 2884/2020 of the National Protection Unit establishes the reduction of Isabel Zuleta’s measures of protection. This represents a threat to her security. We insist before the appropriate government bodies on the importance of continuing to provide Isabel Zuleta with maximum protective measures, given the extreme risk that she finds herself in due to her leadership activities and defense of human rights.

It is also important to consider the particular context of the territory in which Isabel Zuleta carries out her social, humanitarian and public work. With this in mind, we urge the authorities to implement protection measures in favor of the Ríos Vivos Movement as a whole. These measures were determined to be necessary by the Committee for Risk Assessment and Recommendation of Measures (CERREM) but unfortunately were never put in place, leaving the members of the movement even more vulnerable.

In November 2019, Isabel Zuleta visited several cities in Canada as part of the “Energy Justice: in defense of the Cauca River” tour organized by more than 25 Canadian civil society organizations. During the tour, Isabel Zuleta exposed to Canadian organizations and the public the situation of human rights violations endured by communities affected by the Hidroituango hydroelectric project. This megaproject has received financial support from the Caisse de dépôt et Placement du Québec and Export Development Canada.

Thus, as members of Canadian society who do not support the financing of projects in Colombia linked to human rights violations, we insist that the protection of Isabel Zuleta and the Ríos Vivos Movement be guaranteed by all possible means.

A response regarding our request would be greatly appreciated.