Human rights advocates are denouncing the Canadian government’s financial support for a disastrous hydroelectric project in Colombia, as a leader from one of the affected communities arrives in Ottawa to meet today with officials at Export Development Canada (EDC) and Global Affairs Canada.

Amnesty International Canada and Above Ground are accompanying Isabel Zuleta, a spokesperson for the coalition Movimiento Ríos Vivos, in her meetings with officials.

EDC’s president and CEO recently acknowledged that the Hidroituango project, which was financed in part by EDC, led to “an environmental, economic and human catastrophe,” after the dam nearly collapsed in 2018, forcing the evacuation of 25,000 people. Another financier, the Inter-American Development Bank, announced last month an investigation into its support for the dam.

The damage caused by the project to Colombia’s second-largest river has placed the health, subsistence and livelihoods of tens of thousands of people at risk. Community leaders also warn of mounting security threats faced by people who’ve spoken out against the project.

“This mega-project has not only destroyed families’ homes, ways of life and food sources, it has been imposed through violence and the forced displacement of the population, who are victims of the armed conflict,” says Ms. Zuleta.

“Amnesty International warned in 2013 that opponents of Hidroituango were being threatened and attacked,” says Kathy Price, Colombia campaigner at Amnesty International Canada. “Since then, more than 150 security incidents have been reported, including brutal assassinations of people who spoke out against the environmental and human rights impacts of the megaproject. Canada can no longer look away.”

A report by Above Ground shows that EDC provided a $466-million loan to the company developing the dam despite longstanding warnings of corruption in the tendering process and impending harm to communities downstream. Doubts about the dam’s design had been raised years before EDC approved the loan, with experts warning of a disaster like the one that occurred last year.

The company is now under criminal investigation for alleged corruption and environmental damage tied to its development of the dam.

“When will Ottawa hold its export bank to account?” asks Above Ground program officer Karen Hamilton. “EDC says it screens the business it supports to ensure it is socially and environmentally responsible, but it repeatedly finances companies accused of grave misconduct. The Canadian government must assume its responsibilities and make this Crown corporation legally accountable for the costs of its decisions.”

Amnesty International is a global movement of over 7 million people in more than 150 countries working together to protect and promote human rights.

Above Ground works to ensure that companies based in Canada or supported by the Canadian state respect human rights wherever they operate. It is a project of Tides Canada, a national charity dedicated to a healthy environment, social equity and economic prosperity.

In her meeting with EDC, Isabel Zuleta challenged the officials to explain what EDC is doing to address the harms caused and dangers still posed by the dam. They offered no answers to these questions, instead speaking in general terms about EDC’s efforts to “align” itself with the UN Guiding Principles on Business and Human Rights and to explore the concept of “leverage” in its relationships with companies. No acknowledgment was made of EDC’s responsibility to ensure that people harmed and endangered by Hidroituango receive remedy and protection.

See our case study for further details on EDC’s response to questions about its controversial support for Hidroituango. 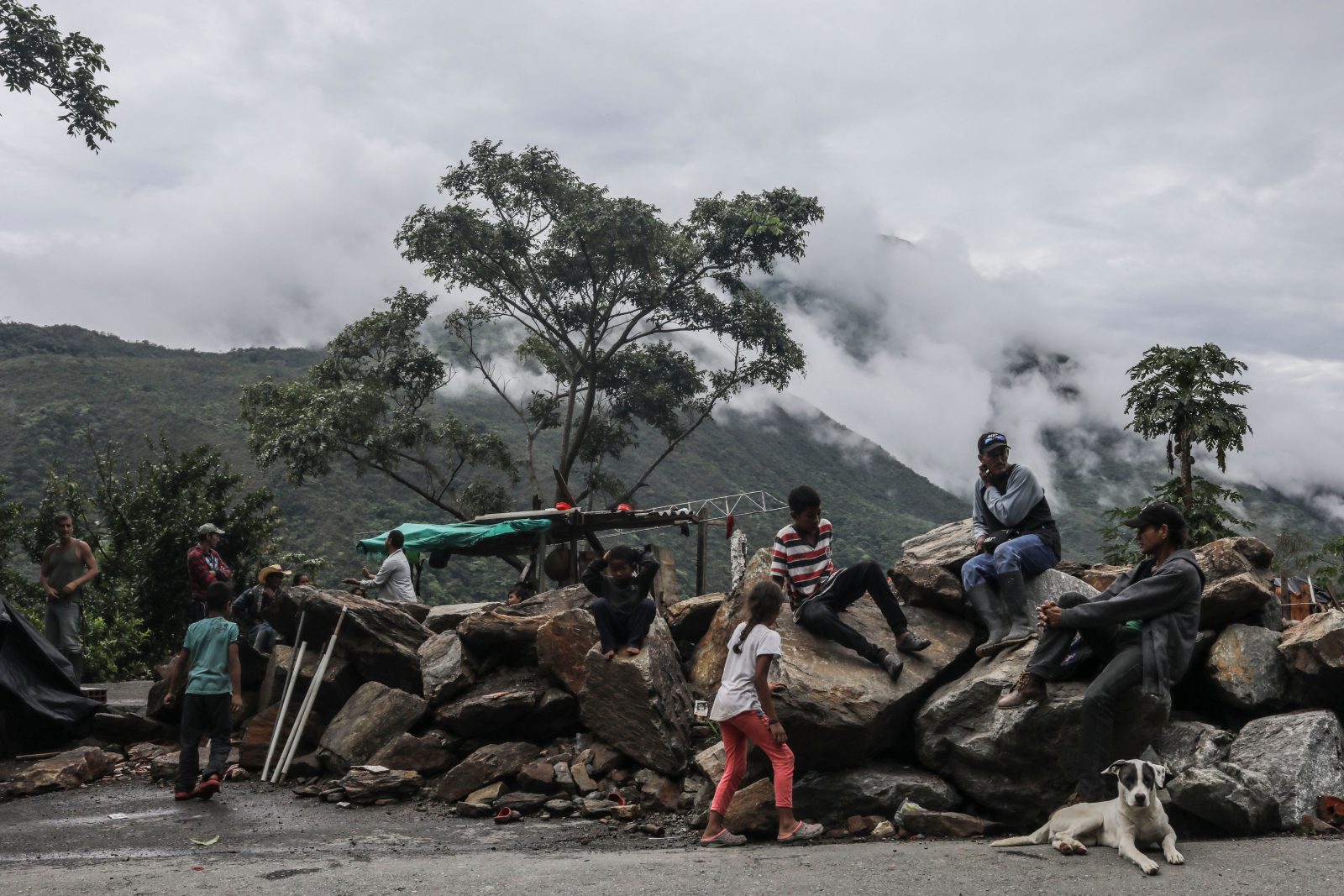