Canada, like many nations, faces increasing pressure to recognize China’s persecution of Uyghurs and other Muslim minorities in the Xinjiang region as a genocide. Advocates point to evidence that suggests these populations are being subject to forced sterilizations and abortions, in addition to the mass detention, indoctrination and forced labour that have been widely reported for years. With the House of Commons adopting a motion yesterday urging the Canadian government to condemn China’s actions as genocide, the question has become increasingly difficult for Ottawa to side-step. 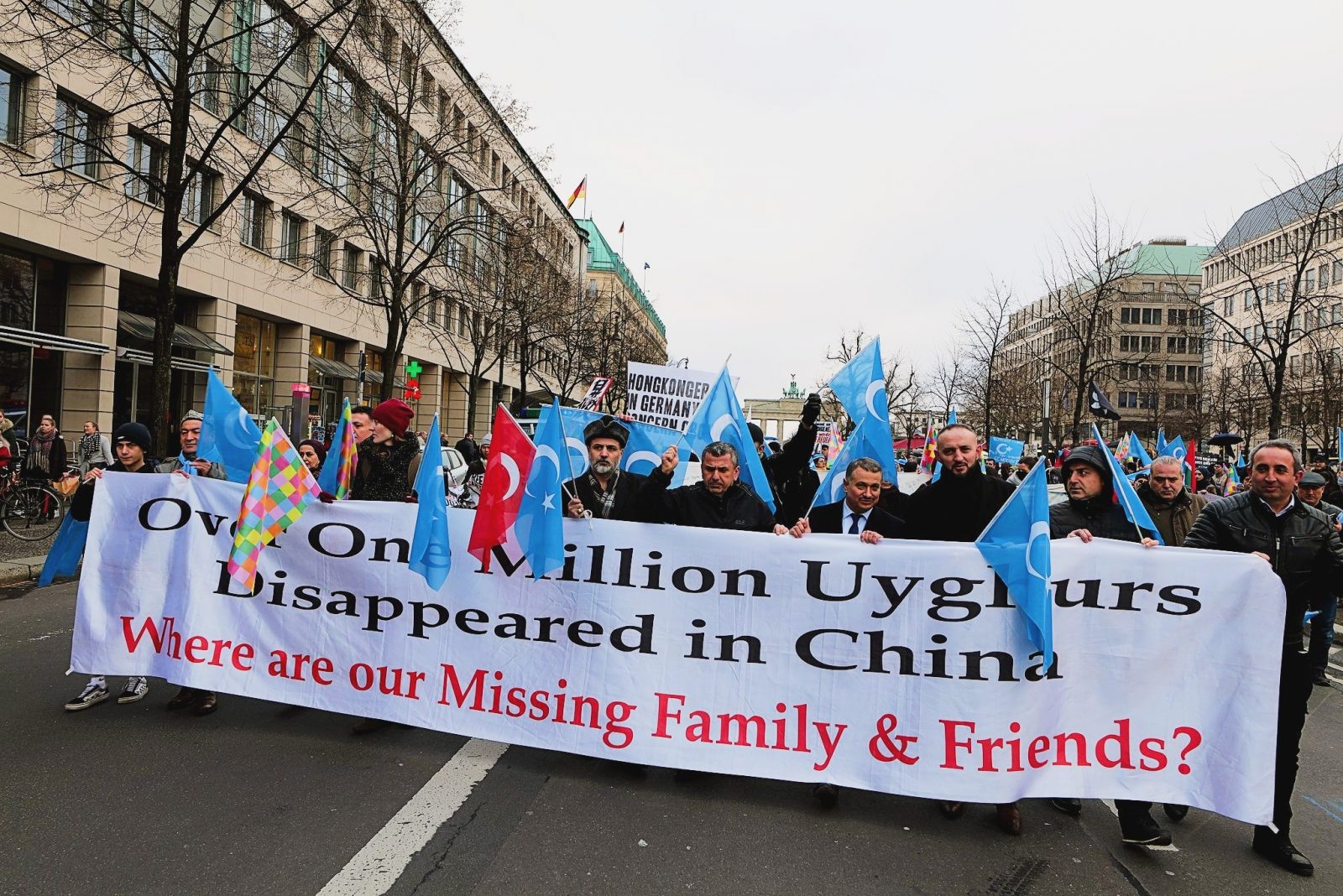 Uyghur rights advocates say over a million people have been detained in prison camps linked to a vast forced labour scheme operating in Xinjiang and across China.

Canadian firms, meanwhile, may be profiting from the abuses. A Toronto Star investigation has revealed that some of Canada’s biggest brands continue to import goods from manufacturers sanctioned months ago by the U.S. over the use of forced workers from Xinjiang. Canadian mining and energy firms are also operating in the region, and one has reportedly contracted with a supplier known to use “surplus labourers” — people from Xinjiang’s rural areas targeted by the alleged forced work scheme.

Prime Minister Trudeau says the government is working with Canadian companies to “ensure that they are not benefiting or profiting” from the abuses in Xinjiang. But Ottawa has not presented a clear plan to block them from buying goods from the very factories where tens of thousands of the victims have been reportedly forced to work against their will.

Instead, the government’s approach to importers consists largely of warning them about the risks, asking them to examine their supply chains, and providing advice on how to do so. It has issued an advisory and will “convene discussions with businesses” to raise awareness. It will commission “a comprehensive third-party analysis” to provide companies with further advice. It will provide “enhanced advice” to firms receiving support from Canada’s Trade Commissioner Service, and ask that they sign a declaration that they aren’t doing business with firms involved in the abuses in Xinjiang.

The government also points to a provision added to the Customs Tariff last July that prohibits firms from importing into Canada goods made by forced labour. It has not, however, revealed when or how it will begin enforcing this prohibition. Will regulatory authorities be given the resources needed to effectively detect and investigate violations? Will they proactively block at the border shipments from certain companies, or goods of a certain type, such as cotton products from Xinjiang?

Ottawa’s announcement provides no answer to these questions. It is also silent on whether legal penalties will be enforced against firms that violate the prohibition. The declaration that Trade Commissioner Service applicants are being asked to sign warns only that companies will be denied trade advocacy support if they import goods made by forced workers from Xinjiang — and only if they do so “knowingly.”

Canada must do more to protect the victims of modern slavery not only in Xinjiang, but in industries around the globe where the practice is commonplace.

A recent CBC investigation into Malaysian factories that produce most of the world’s disposable glove supply provides just one example. Workers from across the industry, which employs almost exclusively migrants, told CBC they’re stuck in appalling living and working conditions, unable to leave their jobs due to deceptive recruiting practices, debt bondage and employers retaining their passports.

Companies in Canada have imported hundreds of millions of gloves from the factories examined by CBC since 2019, despite long-standing press coverage of widespread abuses in the industry. Shipments from the biggest manufacturer, Top Glove, continued apace after July of last year, when U.S. authorities began blocking the company’s products from entering the U.S. market due to evidence of forced labour practices such as debt bondage.

Such pervasive problems cannot be solved by merely encouraging importers to exercise due diligence or requiring that they publish reports describing their efforts, as a bill before the Senate aims to do. The Canadian government should immediately begin enforcing the import prohibition we already have in place.

It should also bring forward new legislation requiring human rights due diligence, as thousands of Canadians and MPs from all parties on a House of Commons committee have called for. Unlike import controls, such a law would address the risk of Canadian firms using forced workers at their own facilities overseas, or buying slave-made goods, but not importing the products into Canada. It would also introduce a meaningful consequence — liability — in cases where Canadian firms facilitate human rights abuse of any kind, from violent land grabs displacing entire communities to harms caused by environmental disasters.

Canadians expect our leaders to oppose appalling human rights violations in both words and action. This is shown by petition after petition tabled in Parliament in recent weeks urging the government to acknowledge the genocide in Xinjiang and impose sanctions on the perpetrators. Similarly, in response to the forced labour crisis that’s enslaved tens of millions of women, children and men around the globe, the government should take decisive measures to not only warn companies against profiting from the abuse, but prevent them from doing so.